180 Gems
The Monkey Banner is a den item. It was originally released in April 2016 at the Monkey Kingdom for 600 Gems.

The Monkey Banner is a banner with an image of a default Monkey on the background of three vertical stripes that are orange, purple, and white. The banner is fastened to a slender tree branch with two ties. 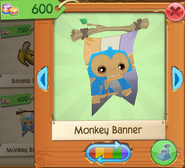 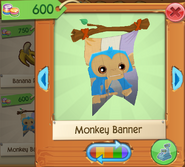 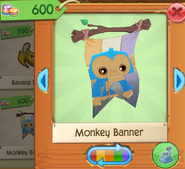 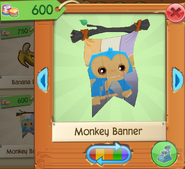 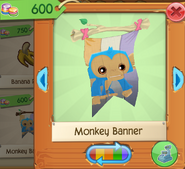