300 Gems
The Monster Hat is a clothing item worn on the head. It was originally released in August 2016 at Jam Mart Clothing for 1,000 Gems.

This item is a hat that resembles a furry monster head with two large striped horns, two small round and dark eyes, a small triangular shaped nose and a large open mouth with five triangular shaped teeth showing. 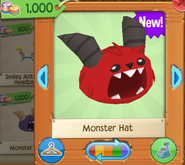 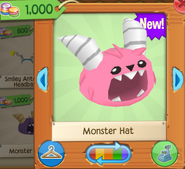 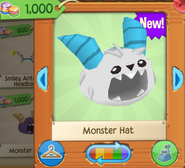 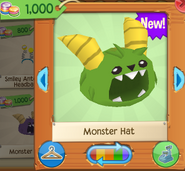 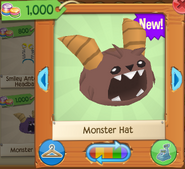