270 Gems
The Moon Necklace is a clothing item worn on the neck. It was originally released in the Beta Testing at Jam Mart Clothing for 300 Gems.

The Moon Necklace consists of a necklace made from string that has a crescent moon facing to the right attached to it. 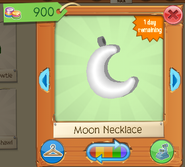 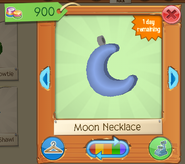 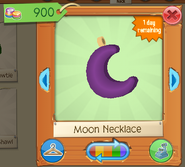 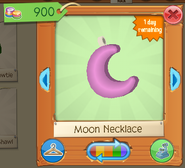 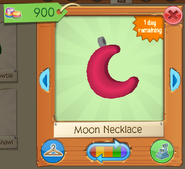 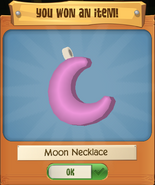 Prize from The Claw (Trading Party) 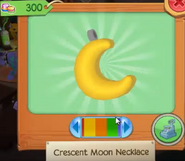 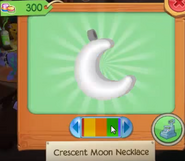 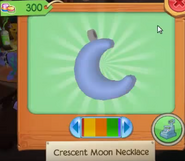 Moon Necklace in the Beta Testing
Add a photo to this gallery
Retrieved from "https://ajplaywild.fandom.com/wiki/Moon_Necklace?oldid=411471"
Community content is available under CC-BY-SA unless otherwise noted.