225 Gems
The Mushroom Hat is a clothing item worn on the head. It was originally released in September 2016 at Jam Mart Clothing for 750 Gems.

The Mushroom Hat appears to be a large mushroom cap that has multiple circular spots on it. 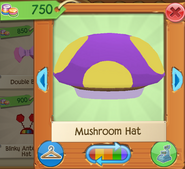 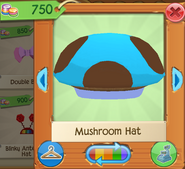 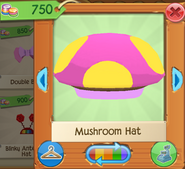 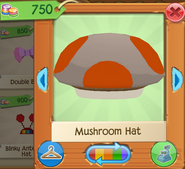 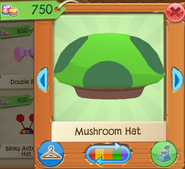