480 Gems
The Mushroom Sofa is a den item. It was originally released in January 2016 at Jam Mart Furniture for 1,600 Gems.

The Mushroom Sofa is a large patch of green grass that has three red mushrooms on it, forming a sofa shape, with the grass acting as the backrest. The mushrooms vary in size, and they each have cream-colored spots. This item comes in 6 variants. 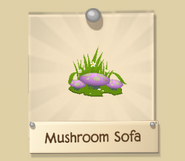 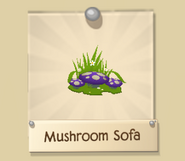 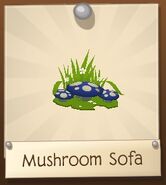 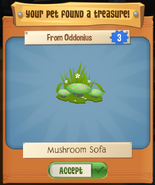 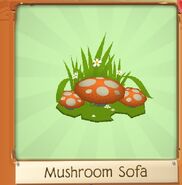 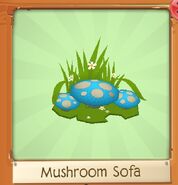 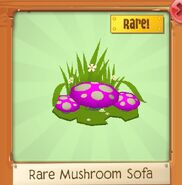