225 Gems
The Musketeer Boots are a clothing item worn on the paws. They were originally released in June 2016 at Jam Mart Clothing for 750 Gems.

The Musketeer Boots are a pair of long, folded-down boots with a large strap and shoe buckle fastening each boot to the foot. They come in 6 variants. 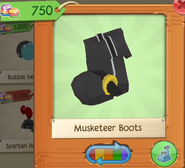 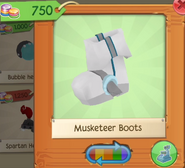 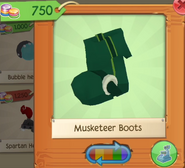 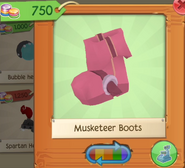 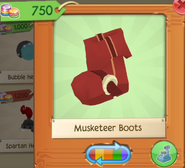