330 Gems
Not to be confused with the Make Music Mystical Flute.

The Mystical Flute is a clothing item worn around the neck. It was originally released in August 2016 at Epic Wonders for 1,100 Gems.

The Mystical Flute is an average-sized flute with a little chain on it. The flute continuously releases musical notes, similar to the style of the DJ Headset's animation. 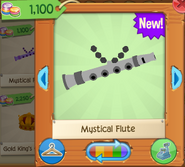 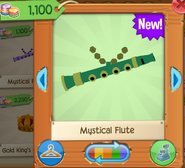 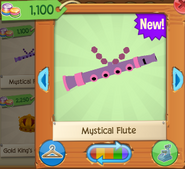 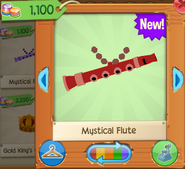 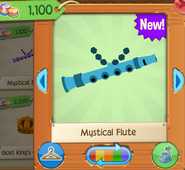