300 Gems
The New Year's Heart Balloon is a clothing item. It was originally released during Jamaalidays in December 2015 at Jam Mart Clothing for 1,000 Gems.

The New Years' Heart Balloon comes in 5 variants. It is a balloon that floats above your animal. The balloons is shaped like a heart, decorated with hearts, stripes, and dots. Clouded around the balloon are floating little stars. 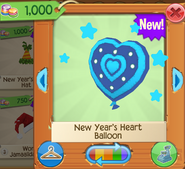 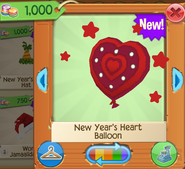 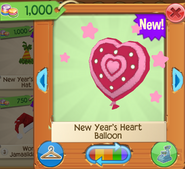 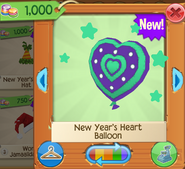