The New Year's Party Hat is a clothing item worn on the head. It was originally released in December 2015 at Jam Mart Clothing for 1,000 Gems.

The New Year's Party Hat is a cone shaped hat with stripes. It has a small tuft of confetti at the very top and on the bottom edge. This item comes in 6 variants. 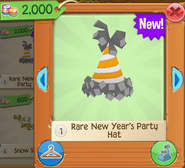 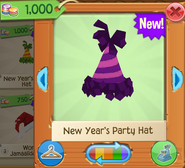 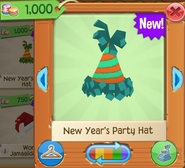 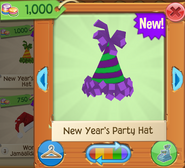 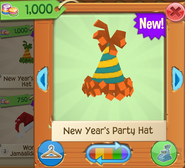 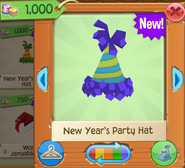