The Octopus is an Aquarium's den fish. It was originally released in September 2016 at the Shop for 15 Sapphires.

It is an octopus with a large head and eight tentacles. It has two circular eyes with black slits. The item comes in only 7 variants. 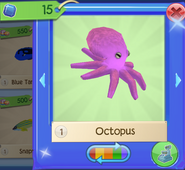 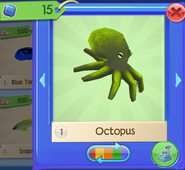 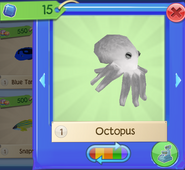 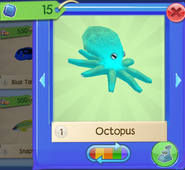 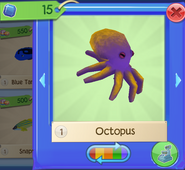 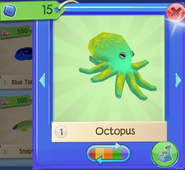