255 Gems
Not to be confused with the Oddly Shaped Gift/Leilani.

The Oddly Shaped Gift is a den item. It was originally released on December 4th, 2016 as a prize for the Jamaaliday Gift Calendar 2016.

This item is a gift that is oddly shaped. It is wrapped in green wrapping paper that has red and white snowflakes on it. It also has a tag that has a paw on it. It comes in only one variant. 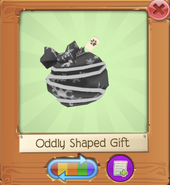 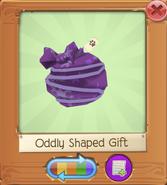 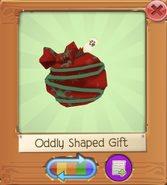 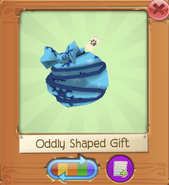 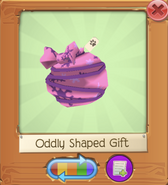