The Old Window is a den item. It was originally released during the Night of the Phantoms in October 2015 at Jam Mart Furniture for 650 Gems.

The Old Window is a smashed window. There are also old looking curtains that have green and purple patches sewn on it. 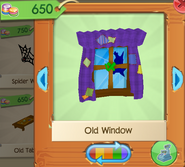 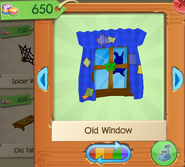 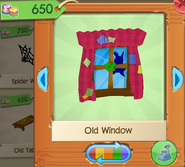 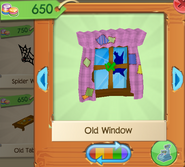 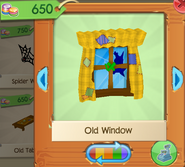