225 Gems
The Old Winter Boots is a clothing item worn on the feet. It was originally released in February 2017 at Hot Cocoa Hut or 850 Gems.

The Old Winter Boots appears to have a jagged, crooked hole in it and seems to look very worn. There are also three strings of shoelaces and the boot's floppy tongue. This item comes in 6 different color variants. 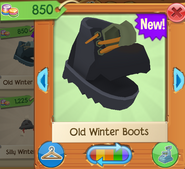 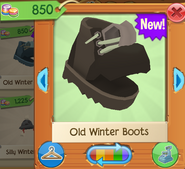 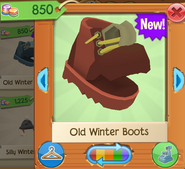 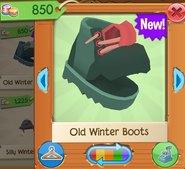 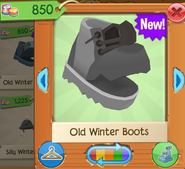