210 Gems
The Origami Lamp is a Den Item. It was originally released on August 2016 at Jam Mart Furniture for 700 Gems.

The item is also available as a prize through Touch Pool Minigame since November 2016.

This item is a lamp made out of paper by origami. It has a long piece of painted stick which has a string attached to it. The string then is attached to the Origami Lamp. One piece of paper is darker than the other. This item comes in 6 variants. 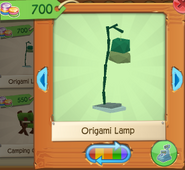 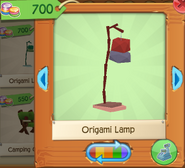 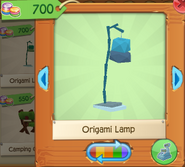 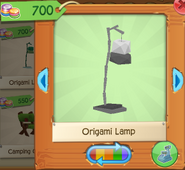 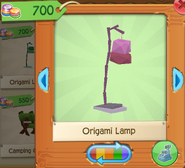 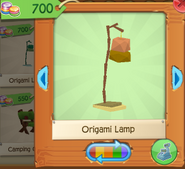