950 Gems
The Origami Table is a den item. It was originally released on August 2016 at Jam Mart Furniture for 950 Gems.

This item is a small paper table made from Origami. The four legs are a lighter color of paper than the rest of the table. This item comes in 6 variants. 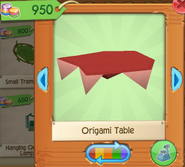 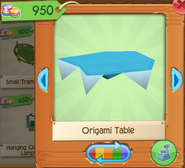 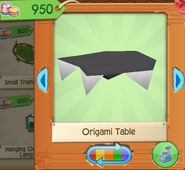 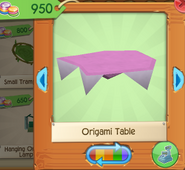 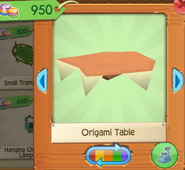