Pack Runs are an exclusive feature to Pack Hideouts. Join up to eight members from your pack to run throughout the large open terrain to gather as many collectable items as you can.

The Pick Up Bonus was introduced on June 27, 2018 during the Crab-A-Rama event. The Pick Up Bonus adds a bonus to the final number of collected items per run. This bonus depends on the amount of players that play the run. The bonus starts at 1X and each player that plays adds another 0.5X.

Pack Run Prizes can be obtained by opening a chest and randomly winning a prize or by collecting a set number of certain collectable items. 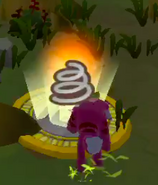 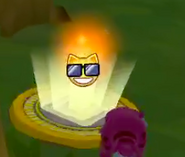