The Panda Plushie is a den item. It was originally released through The Claw in June 2015 and through The Superclaw in February 2016.

This is a small, stuffed Panda toy with a visible seam running down the center of the body and head, and a bicolored fur coat. This item comes in many varieties. 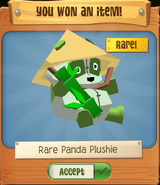 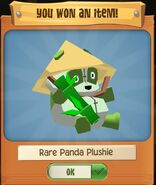 Rare Panda Plushie from The Superclaw 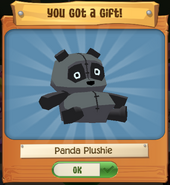 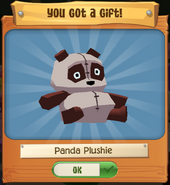 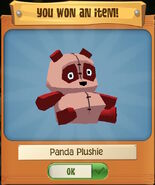 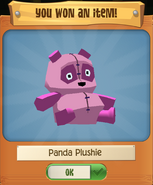 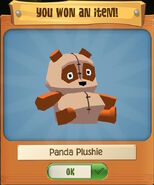 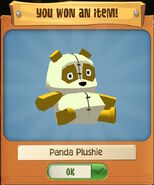 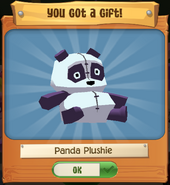 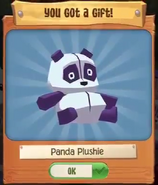 First Panda Plushie design from The Claw before the release of The Superclaw
Add a photo to this gallery
Retrieved from "https://ajplaywild.fandom.com/wiki/Panda_Plushie?oldid=216330"
Community content is available under CC-BY-SA unless otherwise noted.