Pet Curly Antlers are clothing items worn on the head of a pet. It was originally released in November 2017 at Claws 'N Paws for 500 Gems.

Pet Curly Antlers are a pair of antlers each with 3 large curls, getting progressively bigger as they move up. This item comes in 6 different-colored variants. 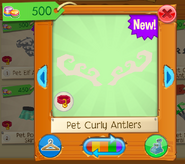 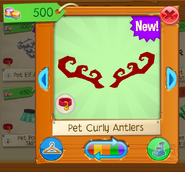 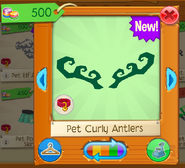 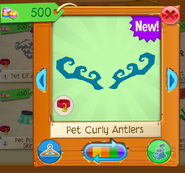 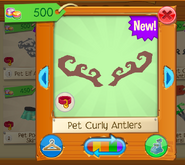 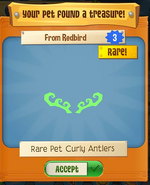 Add a photo to this gallery
Retrieved from "https://ajplaywild.fandom.com/wiki/Pet_Curly_Antlers?oldid=235175"
Community content is available under CC-BY-SA unless otherwise noted.