The Fennec Fox is a pet. It was originally released in September 2016 at the Sapphire Shop and Claws 'N Paws for 50 Sapphires.

The default colors on Pet Fennec Fox are orange around the majority of its head and body. The eyes are brown, and the pupils are large. The secondary color around its eyes and belly is a shade of white very similar to snow. There is a swirl, that is colored based on the main color of the fur, in the center of the pet's forehead. The Fennec Fox also has large, spiky white tufts of fur in its big ears, which are invariable.

Fennec foxes are the smallest foxes in the world, and their oversized ears can grow to be as long as half their bodies! 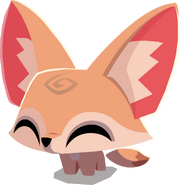 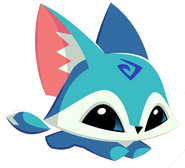 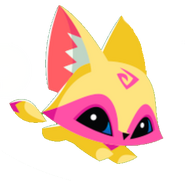