150 Gems
Not to be confused with the Animal Heart Earmuffs.

Pet Heart Earmuffs are a clothing item worn on the head of a pet. It was originally released in February, 2018 at Claws 'N Paws for 400 Gems.

Pet Heart Earmuffs are earmuffs that have two hearts on either side. Both of the hearts are the same color and the wire attaching the two hearts is a different color than the hearts. 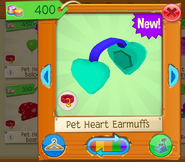 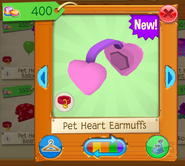 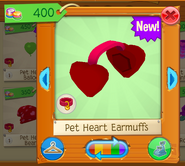 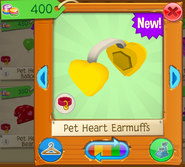 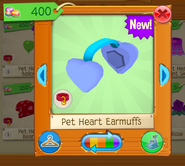 Add a photo to this gallery
Retrieved from "https://ajplaywild.fandom.com/wiki/Pet_Heart_Earmuffs?oldid=288211"
Community content is available under CC-BY-SA unless otherwise noted.