The Lovebug is a ladybug with hearts as the pattern instead of polka dots. The default colors are red for the shell and black for the head and antenna.

Even though there are about 5000 different species of ladybug, none of them have the special heart patterns that the pet Lovebugs do. 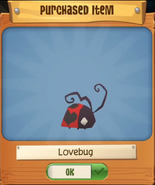 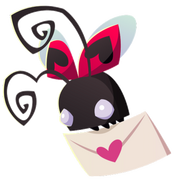 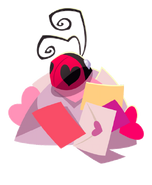