50 Sapphires
The Pet Pekin Rooster was originally released during the Chinese New Year of the Rooster Feast in January 2017 at Sapphire Shop or at Claws 'N Paws for 50 Sapphires.

The Pet Pekin Rooster's default colors are teal as the main color and blue as the secondary color. The eyes are a dark yellow color and its beak and legs are dull orange. It has a red crest on the top of its head and under its beak there is a small red beard.

Pekin roosters and chickens get their name from Peking, which is what China's capital city Beijing used to be called. 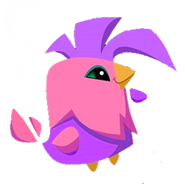 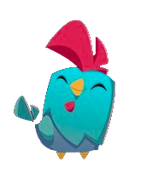 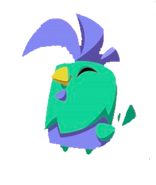