50 Sapphires or 250 Sapphires for the Lucky Poodle Bundle
Not to be confused with the Pet Lab Puppy or the Pet Spotted Lab Puppy.

The Poodle Puppy is a pet. It was originally released in March 2017 during Lucky Day at Sapphire Shop for 50 Sapphires or through the Lucky Poodle Bundle for 250 Sapphires.

The Poodle Puppy is a small puppy, with an oversized head bigger than its body. It has a blue collar with a yellow gem (invariable). This pet also has large semi-circle eyes, a black nose (invariable) and a swirly hair-style. The fur has a two-toned ombre effect.

Poodles are among the smartest dog breeds, and the poodle is the national dog of France! 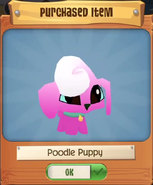 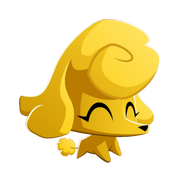 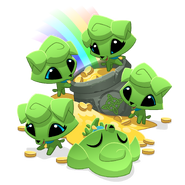 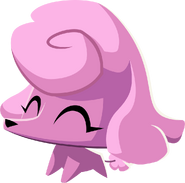 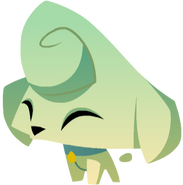