The Pet Robot Box Head is a clothing item worn on the head of a pet. It was originally released on October 27, 2019 at Claws 'N Paws for 5 Sapphires. 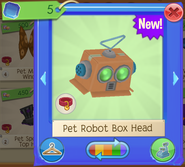 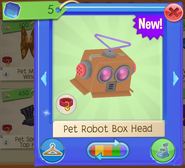 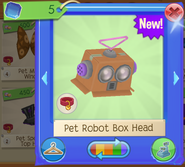 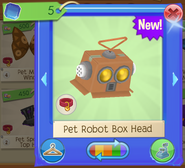 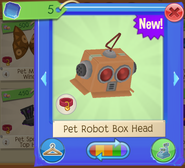