50 Sapphires
The Sugar Glider is a pet. It was originally released in June 2017 at Sapphire Shop and Claws 'N Paws for 50 Sapphires.

The Pet Sugar Glider is a purplish blue color when first obtained. It has a larger head than its body, and two large pink triangular ears with white fur inside of them. There are two round sky-blue eyes near its small white muzzle, and it's pupils are large and black and take up most of the eye. Its tail is slightly curled and is banded with dark purple. It also has a small pink triangular nose (invariable).

Sugar gliders get their name from their ability to use the skin between their limbs to glide from trees! 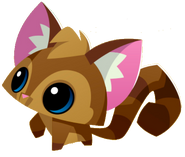 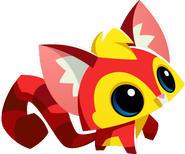 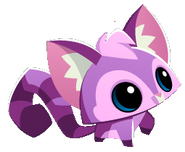 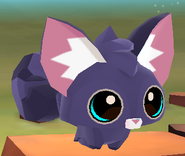 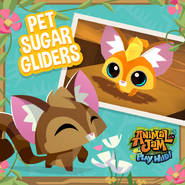