Not to be confused with Pet Peacock.

50 Sapphires
The Wild Turkey is a pet. It was originally released during the Feast of Thanks in November 2016 at Sapphire Shop and Claws 'N Paws for 50 Sapphires.

The Wild Turkey has a dark shade of brown on the majority of its appearance. It has that dark shade on the entire head and the bottom of its tail. The tips of its tail feathers are a lighter tan brown color, and it also has small, semi-circular blue eyes. The pupils cover the majority of its eyes. On its beak, there is a short, hanging pink snood. 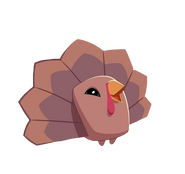 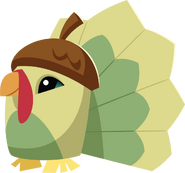 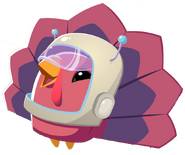 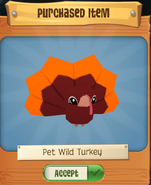