The Phantom Clam is an Aquarium's den item. It was originally released during the Night of the Phantoms in October 2016 at the Shop for 10 Sapphires.

It is a clam shell that opens up to reveal a phantom shaped pearl creature. The item comes in 4 variants. 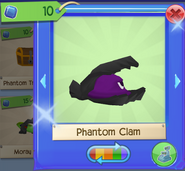 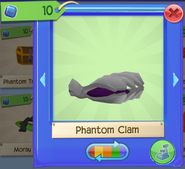 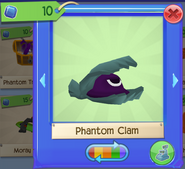