The Phantom Treasure is an Aquarium's den item. It was originally released during the Night of the Phantoms in October 2016 at the Shop for 10 Sapphires.

The Phantom Treasure appears to be a wooden chest that has a metal trim around the edges of the chest. It has a gray metal lock.

Every few seconds, the chest will unlock and be forced open by an underwater creature that closely resembles a phantom with two long tentacle-like limbs who is guarding a pile of golden coins and different colored gems. 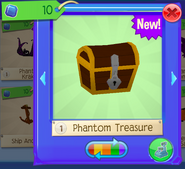 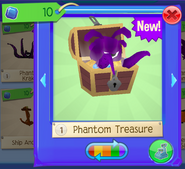 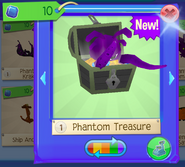 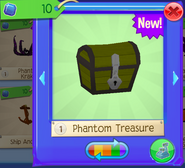