75 Gems
Not to be confused with the beta Pin Wheel.

The Pinwheel is a den item. It was originally released on June 2015 at Jam Mart Furniture for 350 Gems.

The Pinwheel is a basic two-colored pinwheel which spins in the wind. The item comes in 6 variants. 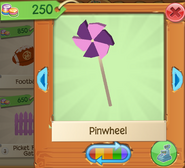 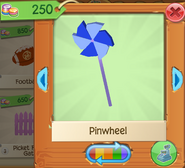 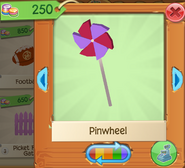 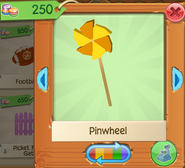 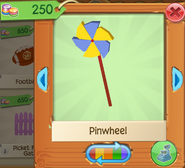 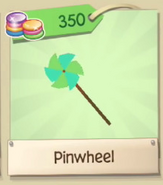