2 Sapphires
The Police Hat is a clothing item worn on the head. It was originally released in the Beta Testing at Jam Mart Clothing for 150 Gems.

The Police Hat is a small round hat with a round gray rim and feather-like edges. There is a small police badge on the crown above the rim, which has the AJ logo on it. This item comes in 7 color variants. 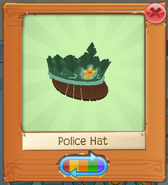 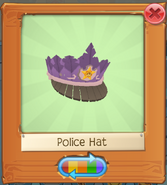 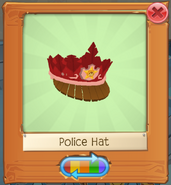 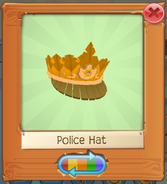 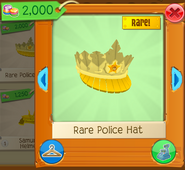 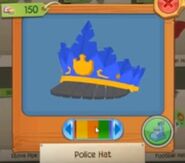 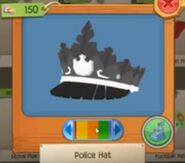 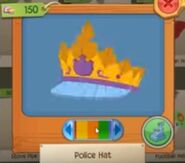 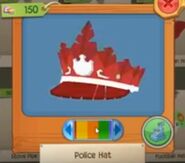