The Potter Clover is a den item. It was originally released during Lucky Day in March 2016 at Jam Mart Furniture for 450 Gems.

The Potted Clover comes in a cauldron. There are five clovers in total, which consists of three three-leafed clovers, and one large four-leafed clover. 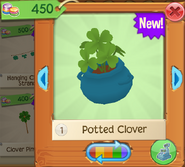 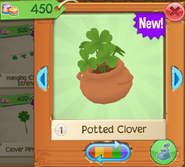 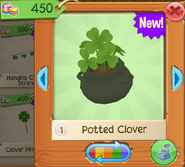 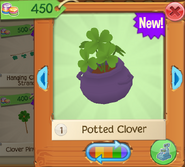 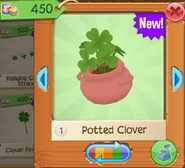