Not to be confused with the beta Copter Beanie, Rare Propeller Hat or Propeller Helmet.

The Propeller Hat is a clothing item worn on the head. It was released in June 2015 at Jam Mart Clothing for 1,200 Gems.

The Propeller Hat is a striped dome-shaped hat with four helicopter propellers on the tip which continuously spin.

This item comes in 7 variants, including the Rare Item Monday variant. 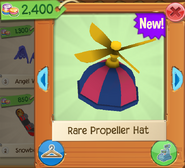 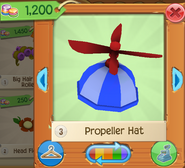 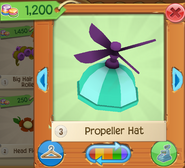 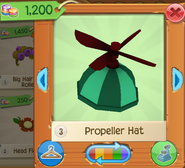 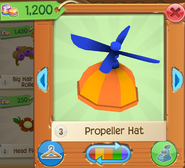 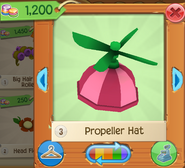