The Raccoon Plushie is a den item. It was originally released in May 2016. The plushie can be won by random chance in The Claw machine or The Superclaw machine, which costs 5 Gems to play.

The Raccoon Plushie appears to have a raised, arched back with black stitches crossing its back. It has two white ears and two black, beady eyes. Surrounding the eyes is a gray-black mask and around the mask, white fur is visible. Its tail is banded with gray-black. 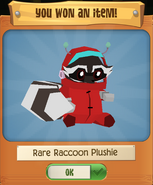 Rare Raccoon Plushie from The Superclaw 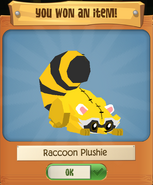 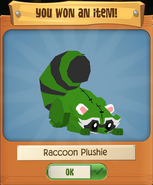 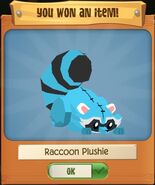 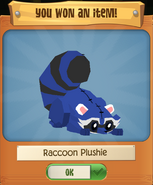 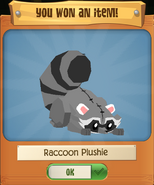 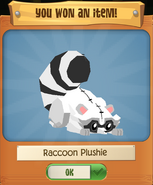 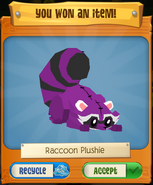