255 Gems
The Rainbow Visor is a clothing item worn on the head. It was originally released during April 2016 at Jam Mart Clothing for 850 Gems.

The Rainbow Visor appears as a sun visor with a gradient rainbow pattern on the visor. This item comes in 6 different variants. 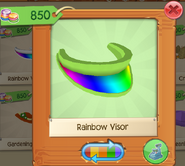 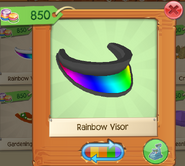 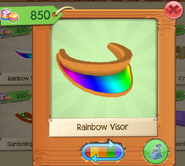 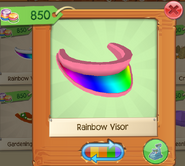 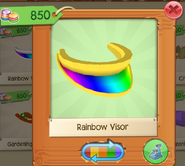 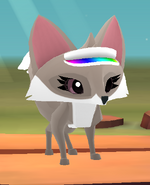