255 Gems
The Rare 3D Glasses are a clothing item worn on the face. The item was originally released sometime during July 2015 at Jam Mart Clothing for 850 Gems.

The Rare 3D Glasses appear to be a pair of slightly curvy colored rectangles placed into a square glasses frame. This item comes in 6 different color variants. 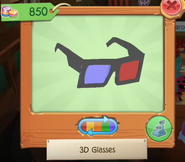 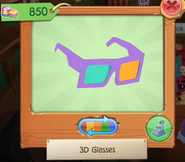 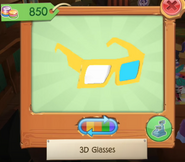 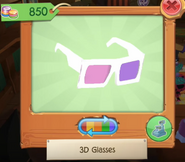 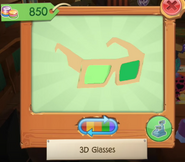 Add a photo to this gallery
Retrieved from "https://ajplaywild.fandom.com/wiki/Rare_3D_Glasses?oldid=308699"
Community content is available under CC-BY-SA unless otherwise noted.