The Rare Airplane Wings are a clothing item worn on the back. They were released in August 2015 at Jam Mart Clothing.

The Rare Airplane Wings are two miniature airplane wings with an engine underneath. There are two thick straps that connect the two wings together. This item comes in 8 variants, including the Rare Super Sweets variant. 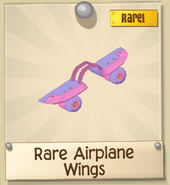 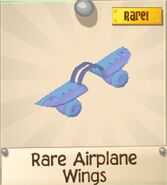 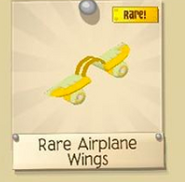 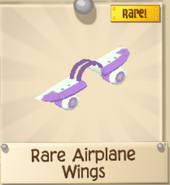 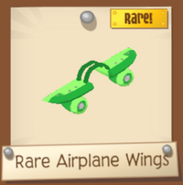 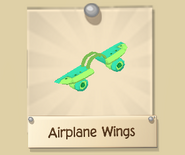 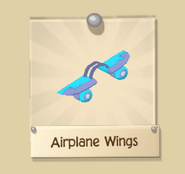 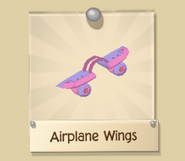 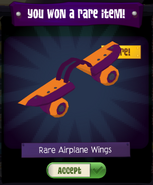 Add a photo to this gallery
Retrieved from "https://ajplaywild.fandom.com/wiki/Rare_Airplane_Wings?oldid=361327"
Community content is available under CC-BY-SA unless otherwise noted.