255 Gems
Not to be confused with the Lucky Armadillo Armor.

The Rare Armadillo Armor is a clothing item worn on the back. It was originally released in November 2015 at Jam Mart Clothing for 850 Gems.

The Rare Armadillo Armor appears to be an armadillo's osteoderm shell. It has some varied sized spots on the back.

This item comes in 6 color variants. 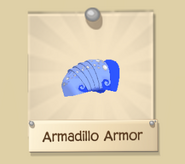 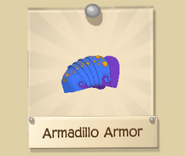 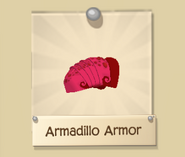 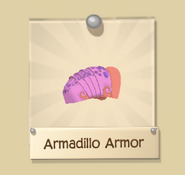 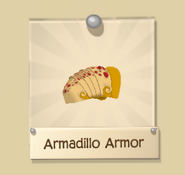 Add a photo to this gallery
Retrieved from "https://ajplaywild.fandom.com/wiki/Rare_Armadillo_Armor?oldid=300436"
Community content is available under CC-BY-SA unless otherwise noted.