225 Gems
Not to be confused with the Pet Bear Hat or Bear Hat.

The Rare Bear Hat is a clothing item worn on the head. It was originally released in July 2016 at Jam Mart Clothing for 850 Gems.

The Bear Hat is a furry and round hat that resembles a Bear’s Head. It has two medium sized ears. This item comes in 6 variants. 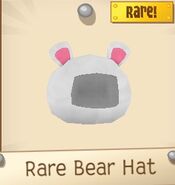 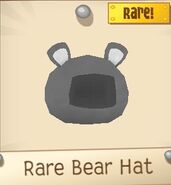 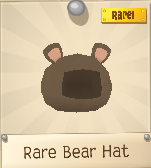 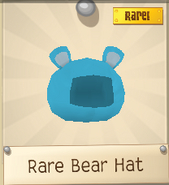 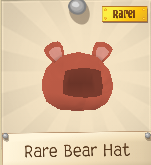 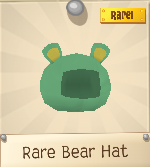 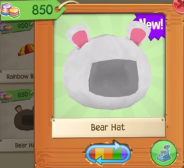 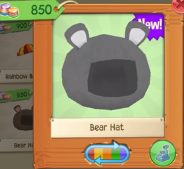 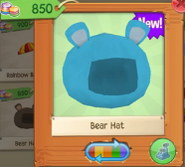 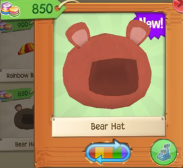 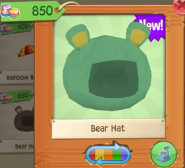 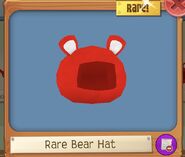 Hacked Variant (Default Texture)
Add a photo to this gallery
Retrieved from "https://ajplaywild.fandom.com/wiki/Rare_Bear_Hat?oldid=298737"
Community content is available under CC-BY-SA unless otherwise noted.