Not to be confused with Cool Shoes.

The Rare Cool Shoes is a clothing item worn on the paws. They were originally released in the Beta Testing at Jam Mart Clothing for 200 Gems.

The Cool Shoes appear to be a pair of classic, casual, lace-up trainers. They have two vertical stripes decorating each side and either a black or white rubber sole and toe cap. This item comes in 6 variants. 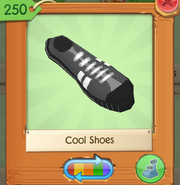 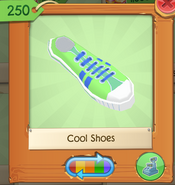 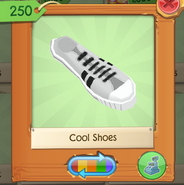 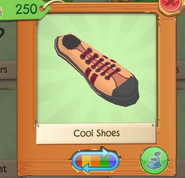 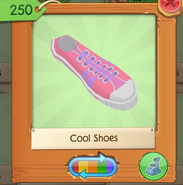 Gym Shoes in the Beta Testing 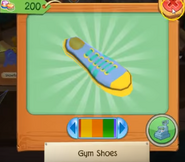 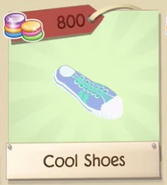 Cool Shoes with a higher price before December 2015 update.

Cool Shoes after they were given a Rare tag.
Add a photo to this gallery
Retrieved from "https://ajplaywild.fandom.com/wiki/Rare_Cool_Shoes?oldid=265723"
Community content is available under CC-BY-SA unless otherwise noted.