240 Gems
Not to be confused with the Frying Pan Hat.

The Rare Frying Pan Hat is a clothing item worn on the head. It was originally released in July 2015 at Jam Mart Clothing for 800 Gems.

The Rare Frying Pan Hat consists of gray frying pan accented with a solid color that reaches a portion of the handle and the body of the frying pan, including the bottom. It has two carrots, one slightly longer than the other and both facing opposite directions in the pan. They are both protruding slightly off the edge of the frying pan. 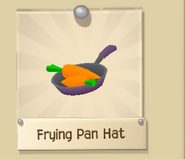 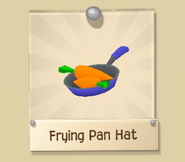 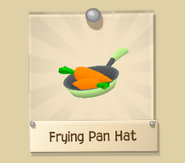 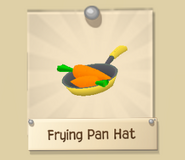 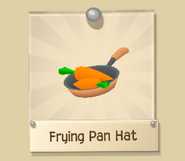 Add a photo to this gallery
Retrieved from "https://ajplaywild.fandom.com/wiki/Rare_Frying_Pan_Hat?oldid=216966"
Community content is available under CC-BY-SA unless otherwise noted.