The Rare Mystical Fairy Amulet is a clothing item worn around the neck. It was originally released in the Beta Testing at Jam Mart Clothing for 400 Gems.

The Mystical Fairy Amulet is a diamond-shaped amulet with swirls on it. It also has a circular jewel on it.

This item comes in 8 variants. 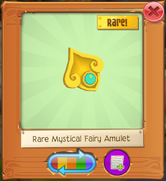 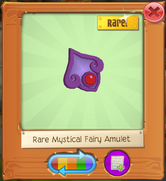 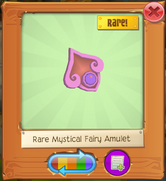 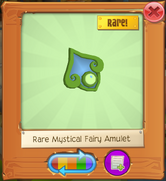 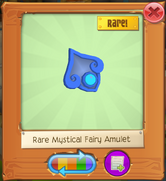 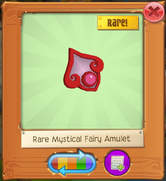 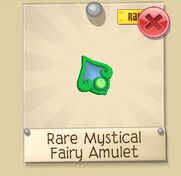 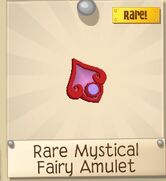 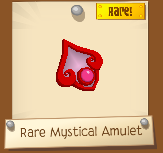 Rare Mystical Amulet, as seen in an inventory.

Mystical Amulet without a Rare! tag. 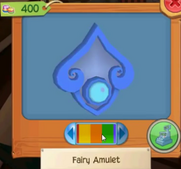 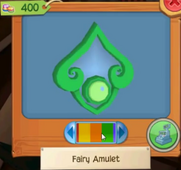 Fairy Amulet in the Beta Testing
Add a photo to this gallery
Retrieved from "https://ajplaywild.fandom.com/wiki/Rare_Mystical_Fairy_Amulet?oldid=372866"
Community content is available under CC-BY-SA unless otherwise noted.