195 Gems
Not to confused with Phantom Necklace.

The Rare Phantom Necklace is a clothing item worn around the neck. It was originally released in the Beta Testing at Jam Mart Clothing for 100 Gems.

The Rare Phantom Necklace appears as a somewhat thick string of ribbon with a 4-legged Phantom pendant attached to it through a loop. This item comes in 6 variants. 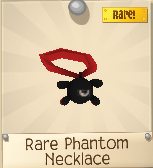 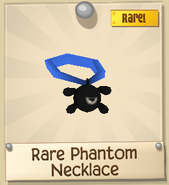 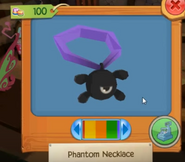 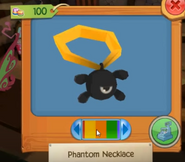 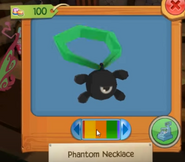 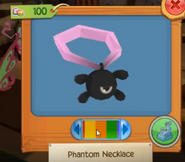 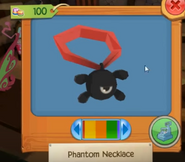 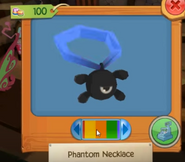 Phantom necklace in the Beta Testing
Community content is available under CC-BY-SA unless otherwise noted.