450 Gems
Not to be confused with Rubber Boots.

The Rare Rubber Boots is a clothing item worn on the paws. It was originally released in the Beta Testing at Jam Mart Clothing for 450 Gems.

The Rubber Boots are boots that seem to be made of rubber. It has a large sole and a very small opening for the feet. Both the sole and the boot are different colors. This item comes in 6 variants. 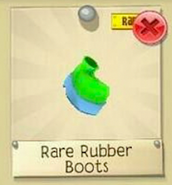 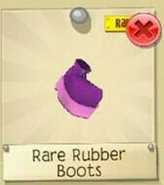 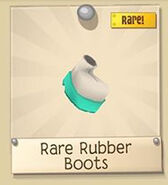 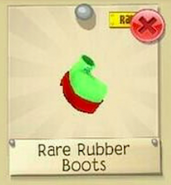 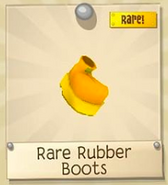 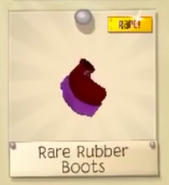 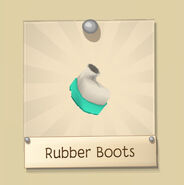 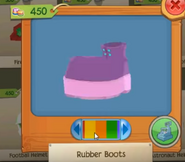 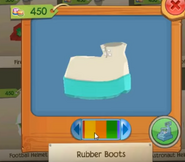 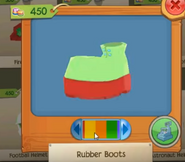 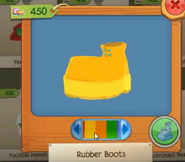 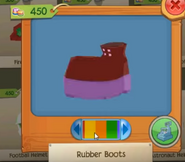 Beta Testing design
Add a photo to this gallery
Retrieved from "https://ajplaywild.fandom.com/wiki/Rare_Rubber_Boots?oldid=369453"
Community content is available under CC-BY-SA unless otherwise noted.