390 Gems
The Rare Snail Family Hat is a clothing item worn on the head. It was originally released in September 2015 at Jam Mart Clothing for 1,300 Gems.

The Rare Snail Family Hat is made of three snails who turn around. There is a large snail, a medium snail, and a small one. Their bodies are green with darker green spots and white eyeballs. They have pink-magenta shells with a swirl design on it. 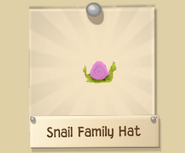 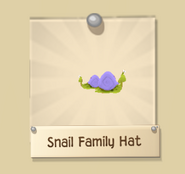 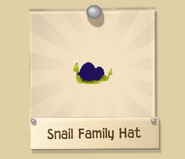 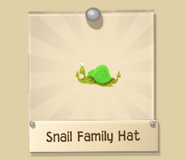 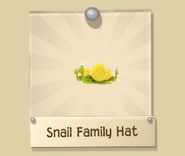