45 Gems
The Ray plushie is a den item. It was originally released in November 2016.

The plushie can be won by touching all five different species of Rays in the Touch Pool Minigame.

This is a plushie in that resembles a stingray. It has an semi-circular shaped body with a long, thin tail and tiny black eyes. It comes in 6 variants. 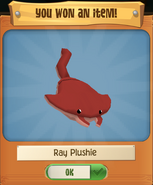 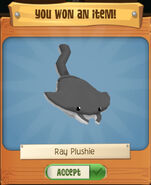 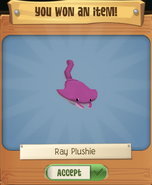 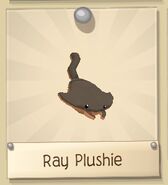 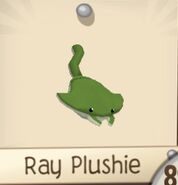