750 Gems
Not to be confused with the Pet Jamaaliday Antlers.

The Reindeer Antlers is a clothing item worn on the head. It was originally released during Jamaalidays as a part of the Reindeer Gear in the Arctic Wolf (Bundle) in December 2015 at the Premium Shop for $2.99 (real currency).

The Reindeer Antlers are a pair of white deer antlers attached to a red helmet. It has a green string of red and green Jamaaliday lights. This item comes in only one variant. 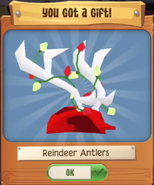 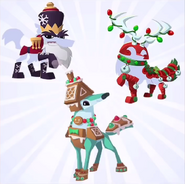 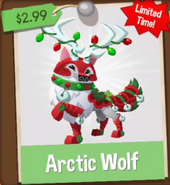 Reindeer Gear couldn't be traded, nor recycled until becoming Sapphire
Community content is available under CC-BY-SA unless otherwise noted.
Advertisement