270 Gems
The Robot Toy is a den item. It was originally released on August 2015 at Jam Mart Furniture for 900 Gems.

This item comes in 6 variants. This is a little toy robot with wheels on its feet. It stands up with its arms bent. The robot has claws for hands and two buttons on its chest. 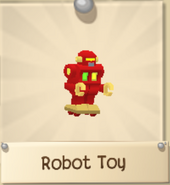 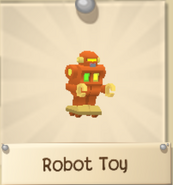 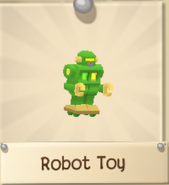 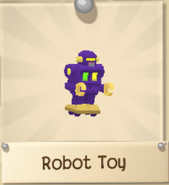 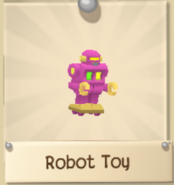