1,000 Gems
Not to be confused with the Rare Rocker Tail.

The Rocker Tail is a clothing item worn on the tail. It was originally released in August 2016 at the Sapphire Shop for 20 Sapphires.

The Rocker Tail is a metal tail covered with small spikes which are coming out of it. This item comes in 6 variants. 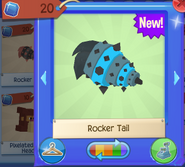 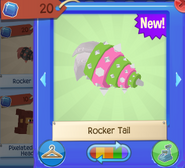 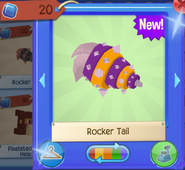 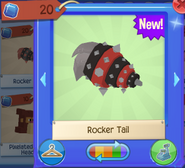 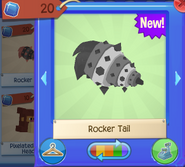