195 Gems
The Rose Earmuffs is a clothing item worn on the head. It was originally released in January 2016 at the Friendship Party for 650 Gems. The item was re-located at Hot Cocoa Hut in February 2017.

The Rose Earmuffs are earmuffs with large roses at the sides where the ears are protected. 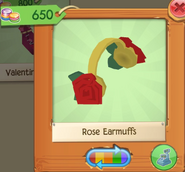 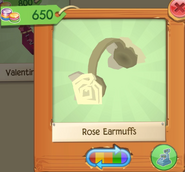 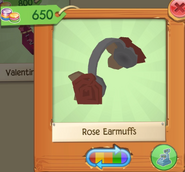 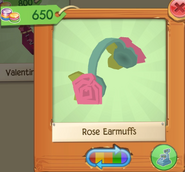 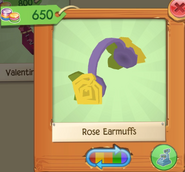