300 Gems
Not to be confused with the Rare Royal Chair.

The Royal Chair is a den item. It was originally released in September 2015 at Jam Mart Furniture for 1,000 Gems.

The Royal Chair is an elegant chair with a tall back, which has golden buttons sewn into the fabric. At the top of the back is embroidered an animal's paw with golden thread. The item comes in 6 variants of color. 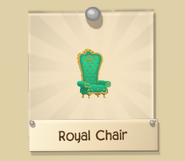 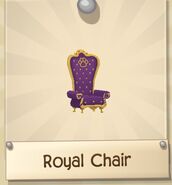 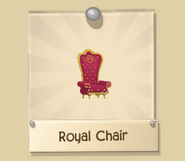 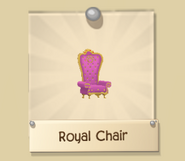 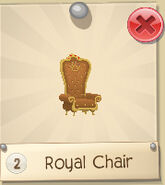